What Google can tell us about AI and effective management

It might seem like artificial intelligence and automation has only just started to impact human resources, but Google has been dabbling with recruitment algorithms for a decade. So what can we learn from one of the world’s leading tech companies?

In 2008, Google launched a research initiative called Project Oxygen to discover what makes its managers great. It was a gargantuan effort that saw researchers quiz employees about their managers, and then programme that data into their analytics machine. The hope was keyword analysis would reveal the secrets of their success.

After two years, Google revealed eight core characteristics inherent in its best managers. The Big Four tech company then fed the data into its recruitment algorithm to ensure it captured employees with these qualities. It also began retraining the existing workforce. Shortly after employee outcomes improved dramatically, including improved retention and greater reported satisfaction at work.

Now that data-analysis technology is about to become mainstream, Project Oxygen is more relevant than ever. HR departments are doing their own workforce analysis—so what can we learn from Google’s pioneering study?

What makes a good manager?

Google discovered that employees valued managers with people skills rather than technical skills— the opposite of their working theory. But what else did they value?

Critics at the time noted how many of the qualities seemed generic—one particular reporter said they’d seen similar advice on last night’s fortune cookie. Prasad Setty, Google’s vice president for people analytics, had a response: “We want to understand what works at Google rather than what worked in other organisations.”

That’s good advice for HR departments: analyse your data. Google didn’t have to wait long before they could prove their detractors wrong. After the technology giant began teaching the core soft skills in training programmes and in one-on-one performance reviews, they saw a 75% improvement in the quality of their worst performing managers. Data can help inspire employees to change and pinpoint room for development.

Google researchers gathered more than 10,000 observations about managers. They looked at 100 different variables, including performance reviews, feedback surveys and other written documentation, and then spent months coding the data into their software. It wasn’t long before they had working theories.

The challenge for Google was to make this information accessible and digestible: no one is going to read a 50-page report and internalise all the information. Also, most management advice is worthwhile if you genuinely commit to it, so why prioritise this information specifically?

Google’s answer was to create eight broad values, but to also rank the values by importance. This was in keeping with the search engine’s historical approach to management. For much of its working history it preferred to keep a hands-off approach. Google believes that managers and employees work best when they are given trust and freedom.

The late Kelly Johnson, who was the lead engineer at the Lockheed Skunk Works—which developed the S-71 Blackbird spy plane—came up with the KISS principle for situations just like this. It stands for “Keep it simple, stupid.”

So remember, when it comes to data, analysis paralysis is a real thing—so keep it simple.

It’s not the only adage HR should keep in mind. Anyone who studied maths will know the idea that “correlation does not imply causation,” a major concern in Project Oxygen. For example, a team might rate their manager highly because they’re happy at work, and that’s because they sit by a window, next to the cafeteria.

Google accounted for this by taking results from employees who changed teams to work under another manager, reporting improvements in turnover, satisfaction and performance. HR must always take steps to verify data and ensure the cause is correlated to the results.

It’s also important to study the results once they’re introduced. Since the pioneering study in 2008, Google has added two new qualities to their list.

10. Is a strong decision maker

Will the 10 rules stay the same over the next decade? Probably not. But the secret to success will be working critically with data and using it as an additional HR tool. As Michelle Donovan, a manager of people analytics who was involved in the study, told the New York Times: “there are simply some jobs computers can’t do.” So if there's one thing Google's Project Oxygen teaches us about AI, it's that we humans still have room to breathe.

Our RPO solutions are designed to revitalise your talent strategy. We use the latest technology and offer unrivalled access to candidates. 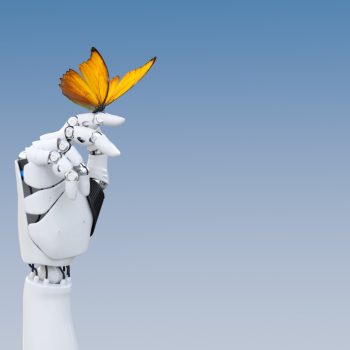 Why soft skills are key to future-proofing your workforce

Give a robot a simple task, and it’ll do it in a second. Teach a robot to analyse the results, and you’ve got a very difficult task on your hands. Robots can’t do everything, which is why human emotional intelligence will continue to be so important. 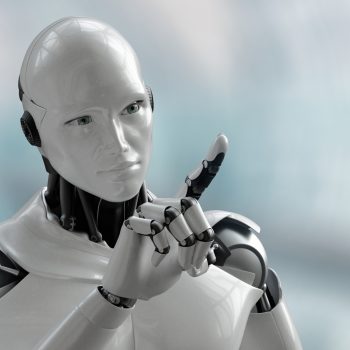 Are we ready to take the 'human' out of human resources?

HR professionals are notoriously busy — so automation that takes care of all your repetitive tasks sounds great. Even better: the robots are way off taking on the really interesting parts of the role… 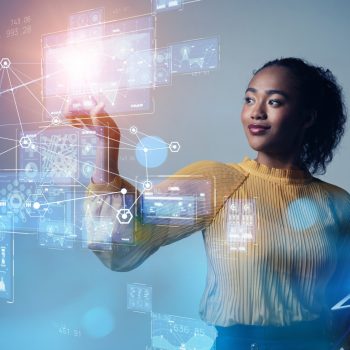 Is technology overshadowing people in the recruitment process?

AI can iron out the productivity issues in the workplace and support the development of new tech to help solve the bigger issues.