What can the Lionesses’ European Championship win do for diversity in the workplace?

The euphoria surrounding England’s dramatic Euro 2022 victory will doubtless take a while to settle down.

But what does the ground-breaking victory – women were banned from even playing football when the men triumphed in ’66 – mean for the world of business?

The women’s team beat Germany 2-1 at Wembley to bring home a first major tournament since 1966.

It is a victory which has sparked much talk over the future of the women’s game, with calls for all girls to be allowed to play football in school and greater investment in the Women’s Super League.

There is still much work to be done, with unconscious bias still an issue in the workplace and many job roles suffering from the assumption that they are exclusively male or female.

Parental leave remains an issue as well, with figures from HMRC showing only a quarter of eligible fathers taking time off work following the birth of a child in 2020.

Perhaps the biggest problems remain the gender pay gap and a lack of female representation at board level.

‘Lionesses’ win shows women can achieve whatever they want’

After working in the corporate world her whole career – including at high-profile companies such as Virgin Media, Specsavers and HSBC – Louise McCarthy hopes England’s win can have an influence beyond the world of football.

Currently working as an Independent Non-Executive Director (INED) at Recognise Bank and Bank Lemui, Louise has plans to move into the charity sector to empower women across the world.

She said her own experiences in the workplace – starting when she was just 16 and studying while holding down a full-time role – underline the need for gender equality.

“I rapidly moved up the ladder through hard work and sheer determination,” she said.

“It wasn’t without its difficulties. Thirty-five years ago, females didn’t hold leadership roles or seats on boards.”

Louise said although it was hard to get her voice heard at times, she managed to reach senior positions – something which has prompted her in recent years to mentor women at corporations and at start-ups – to give something back.

“What the Lionesses’ victory has clearly shown is that women can achieve whatever they want to,” she said.

“The misguided idea that certain careers like science or IT – and, of course, football – should be the preserve of men, needs to become a thing of the past.

“We need equal opportunities across the board and an end to gender bias and discrimination within the workplace.”

It is a mantra which has inspired Louise’s current charity work. She is aiming to empower women around the world, starting in Indonesia with a project at a girls’ school covering behavioural and leadership skills.

She ultimately hopes to roll-out the project “globally within developing countries, where the culture is not as advanced around empowering females.”

How to encourage female workers

According to the Office for National Statistics (ONS), in April 2021 the gender pay gap among full-time employees was 7.9%.

Although this figure is falling, there is much work to be done. In its report, the ONS said “higher earners experience a much larger difference in hourly pay between the sexes”.

Businesses need to have robust processes in place to reduce bias and ensure pay is equal. Those offering bonuses must make sure such schemes are transparent.

Managers can sometimes find it difficult to see where bias lies, especially if they have been employed by a business for a long time.

Unconscious bias can creep in over time. It could be something as simple as the kitchen rota or expecting women in the office to take more of an active role in cleaning – or it could be having more men in sales positions.

It is important to identify areas of inequality and work to address any disparities.

Mentoring is an effective way of supporting women in business to develop. Women don’t have to mentor women – it is about whatever benefits the needs of the mentee.

Not only can mentoring empower female team members and encourage growth, it will also help them develop their network and learn from like-minded people.

Training and upskilling are equally important. Companies should hold one-to-one meetings with female employees to help them identify areas for growth, and share thought leadership with them which can be used for their development.

We’ve all become more used to working remotely since the onset of the Covid pandemic, but the lessons learnt in that time can be developed for future gain.

Typically, female staff members carry the burden of childcare. However, the introduction of hybrid and remote working means more women can work around this challenge.

Companies that embrace such practices will not only attract the best women but will retain their existing female workforce.

Any incidents of inappropriate behaviour or ill-advised office ‘banter’ should be acted on.

Companies should be well-versed in the Equality Act 2010 and have the correct policies and procedures in place to combat negative attitudes and behaviour towards women.

It is also important to encourage an inclusive workplace culture. Everyone has the right to a happy workplace where they can thrive.

Louise said: “If companies support their female employees to achieve and flourish then they will support that business in return, work hard and be successful.

“Like the Lionesses, we can all drive change and help to create a workplace that sets an example for the future.” 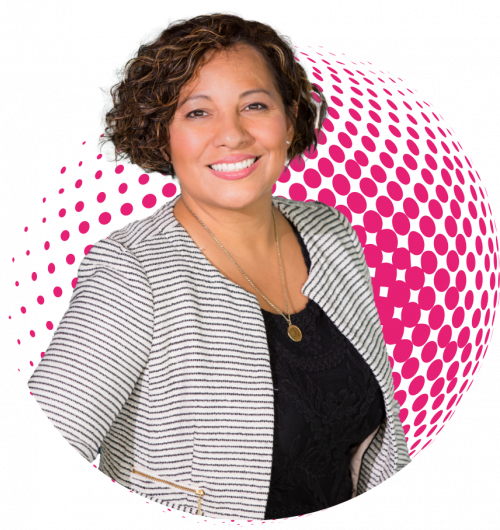 Market-leading managed services for your contingent workforce, ensuring you win back time and savings for your business.